In my work as a coach in sports and performance psychology,
it is essential to know what I stand for and to get inspiration
from persons with the same values ​​in life.
– Margareta

Below you can read two interviews by Sara Holmgren with two people who inspire me in my life and my profession. Mustafa Mohamed is a nice close friend, and Ida Nilsson a lovely and wonderful person. They are proof that it is good to follow your path and to be brave enough to stand for the fundamental values ​​you have in life. To put the performance in perspective on “ordinary life” with health and meetings with other people. To have a curiosity about what is possible and gratitude to get the possibility to do what you enjoy doing. To see the whole picture and to enjoy life!

“It is not the medals or performances I mainly
think about, but the adventures, training-camps and meetings with people from
other cultures than I. To experience life from another perspective has
developed me both as a person and as an athlete.”
– Citat, Mustafa Mohamed

Ngong Hills, Naorobi, During autumn 2000 – Mustafa went on his very first training camp together with his coach, Ulf Friberg. Mustafa got the opportunity to train with and learn from top runners of the world. This seems to be moment he’ll never forget and he speaks about the camp as an eye opener which had him proceed his life as a runner in a better way.

-I thought I trained hard enough before. But there was another level. With my own eyes, I could see that what they did was “train, eat and rest”. Their life was simple and these hours when you are not running was at least as important as the training itself. 21 years old, I needed to see this and I needed to go through the process of doing it, learn from and experience it myself. It took some years, but it was worth it, says Mustafa.

7 years later Mustafa experienced his peak performance. He was now, a part of the world elite. From 2007 and until

2010 he gained a 4th place at World Championships in Osaka, Japan and a Swedish record at 3000 meter steeplechase, among other great performances. Although he 2010, ended his career as a steepler – he came back, again, seven years later but as a marathoner and as today – he is still developing his qualities for the distance.

–Running is not about reaching the podium, but to implement and accomplish the most challenging sessions. I do enjoy both to invest in my career but actually also the part of just, getting out in the nature and have time for myself. To keep my passion and joy I need both parts in my life and I always try to feel what I need most, right now. Sometimes during races I can feel for a high-five with the public – just to forget my tiredness and to get out of my own “bubble” and subtle focus. I always try to remember that I do this, because I enjoy it, Mustafa explains.

Mustafa encourage life as a whole and talks about balance in all parts as the main core for him to develop and to feel good with himself.

-When I feel resistance I use mental tools and framework to deal with it. To take care about the whole I feel that recovery is very important for me. I also prefer a job that is not too heavy or stressful. Being with my family and kids is also an important part for me as a person but also as an athlete. Is there any part of your life that is unbalanced, I think it affects your performance.

-Today, as a marathoner I try to see everything with a beginners mind. Surprisingly, there is much to learn even after 23 years as a runner and to go on camps in Kenya or Ethiopia and run with my good friend Mo Farah – still gives me lots of inspiration and new input to my own training – even though I always have to learn and proceed from where I am, today. 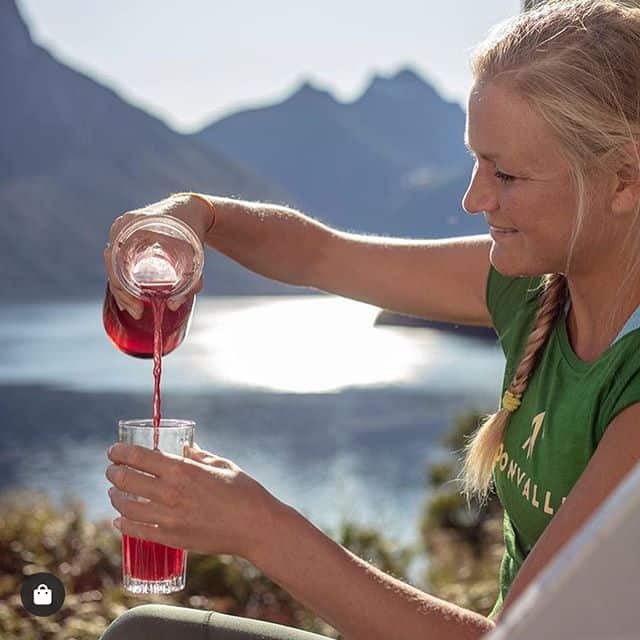 2003 she was honored with “Stor Grabb” – an honorary award assigned to successful athletes. 2006 at European Championships in Gothenburg she reached the finish line in 7th place during the 3000 meter steeplechase final.

Ida Nilsson was also one of the first Swedes to discover altitude training in Flagstaff, Arizona – which too became her home for several years. Today, she is no longer challenging the water pits, yet she climbs and runs the highest summit of the world. Being designed for the mountains peaks and valleys her life has also have had its highs and lows. PSIM meets Ida Nilsson for a conversation, just about that.

Ida speaks and reflect how she, over the years has created trust and comfort during a running career with both high highs and low lows. Her vision and goal has always been to reach her best potential and at the same time experience the joy there is, in daily training and the preparations any performance will demand.  She do, repeating the aspects of joy for performance – and to always make choices and to make decisions that challenge her both as an athlete and as a person. Thanks to support from sponsors running is today, 2020 both her passion and her job.

From the very beginning, Ida has been a so-called steepler. A career she had to end due to a five year long injury period. Many years after, she went into mountain running, and with her curiosity about life and her running potential, she was finding her way to her first marathon in 2019.

Therefore, we make a quick jump to Hamburg in April 2019. Ida was ready to set off for her first marathon. She was ready to run “flat and fast”. Unfortunately, from nowhere and by 26 kilometres a serious injury in her foot interrupted her and had her put an end to the marathon visions for that time. Inboard her feelings were bewildered
and confusing. What had gone wrong? What could she have done differently? Most importantly, what can one change for the future?

-At first, I got very disappointed. I had
succeeded with my preparations and I was ready not only for the marathon but
also for the whole upcoming summer, says Ida.

Sometimes, when your dreams
demand a longer route and the conditions have changed- it’s not always easy to
find the right tools to continue your training and your life with happiness and
joy. Ida reflects that one day it can be challenging to even go to the
gym, while the next one – while biking outside, that moment can fulfill your
life with happiness instead. What she
overall learned from this was the genuine truth, the purpose and meaning for
her to run.

-I have been through the process of injury
so many times, and learned that my best way is to rest and wait until I am ready
and completely healthy again, even though it is hard (*by the time of the
injury) to leave what I could not finish in Hamburg 2019.

The value of trust in herself has been an important part of her running life. She speaks about consciousness, and that one can find development and success in every small step of your day. You just have to be able to see it. An outer perspective is valuable to find psychological tools so that you can dig deeper into yourself and from where you are today proceed with your training with acceptance, and strength and soon enough your dreams will be ready for you.

Individual coaching on-site in Gothenburg, Zurich or online.
We make a plan adapted to the specific situation you have.

You can buy courses with multiple video walkthroughs, worksheets, performance psychology, mindfulness and yoga classes, and packages with coaching included.